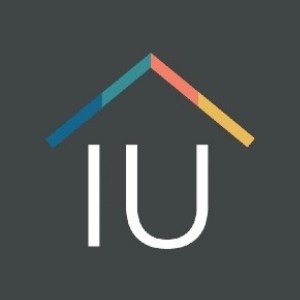 Small Is The New Big Media

New research reveals that older Australians are working for longer just “to sustain their financial positions” and retain their homes. Coupled with a report from the Brotherhood of St Laurence that shows that Australians aged 51 to 65 have borne the brunt of job losses in the COVID-19 inspired recession, many are now struggling to hold onto their homes as they nudge their sunset years.

At a time when they thought they’d be contemplating retirement, older Australians are again pounding the pavement and facing stiff competition from young people entering the job market or looking for work after losing their jobs or having their hours cut.
However, housing expert Ian Ugarte said that a recently released PRD Research report may not be all bad news for mature Australians with a mortgage.

“With nearly half a million mature Australians already losing their jobs or having their hours cut as a result of COVID-19, it’s likely that a wave of older Australians will be unable to meet their home loan repayments and be forced to sell.

“Unfortunately, this coincides with the end of economic relief offered by financial institutions and the Federal Government, making their positions even more grim,” the co-founder of Small is the New Big said.

Ugarte said however, it was also a time when people were more open to opportunities not previously considered – opportunities that could actually i mprove their position unexpectedly.

“The PRD research suggests that the concept of ‘shared living’ is not necessarily welcomed by mature-aged owner occupiers.

“The old, outdated notion of ‘shared living’ has been knocked on its head and a newer, smarter ‘co-living’ trend is being embraced more and more as it almost immediately stems the financial panic that’s besetting these older Australians.

“Instead of the unappealing prospect of opening up your entire home to a complete stranger, ‘shared living’ can mean making a partial conversion to the existing family home to create an entirely separate living space – complete with its own bedroom, bathroom, living room and kitchenette for the newly acquired ‘tenant’.

“So, while a full renovation may be out of reach for most owner occupiers in the current climate, a partial conversion can be completed for a fraction of the cost in about two weeks, with these costs easily recouped within the first year.

“Not only will homeowners have the benefits of an additional income stream to help service the loan, they retain all the trappings of their own home, including privacy and independence,” he said.

Ugarte wants to remove the stigma of ‘shared living’ and encourage older Australians to explore adaptable housing strategies like this that allow homes to expand and contract in response to its owner’s needs.

“It’s vital to preserve the relevant state-based policies and regulations that enable these sorts of renovations to ensure we can keep older Australians in their own homes for longer and provide affordable housing opportunities wherever we can,” he said.
“It’s an obvious ‘win-win’ for all concerned.”

Panic is setting in for Australian property investors who previously enjoyed the tax benefits of negative gearing, as they now

Not sure what the nation’s peak building lobby group has against mum and dad investors (“Builders pitch for $5.1bn to

Are Mum and Dad investors the unsung heroes for the  ‘invisible’ homeless?